The Failure of Flacc 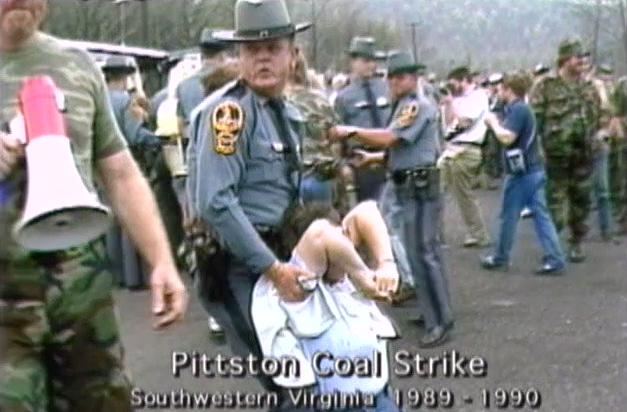 We’ve been watching this campaign unfold for the past year, watching as friends and acquaintances dedicated their limited time and money to it, encouraging others to get involved because Flaccavento apparently represented the interests of the regional working class and poor, but we abstained from the get go. This populist campaign seemed to be based on creating a lot of hype through social media, traditional media, a tour of town halls, and promoting the image of a hard working, progressive business man who also farms. So why didn’t it convince the electorate?

Firstly, if Flaccavento really is for working class and poor people this puts him at an inherent disadvantage when it comes to voting. Working class and poor people are the least likely to vote for a variety of reasons, some within their control (they are disillusioned with the electoral system) and some outside their control. So the campaign had to fall back on the base of liberal, college educated, and middle class people who tend to live near or work at Virginia Tech and Radford University – in fact it’s this bloc of people who won Montgomery County and Radford City for Flaccavento. But yall should know this base of the liberal middle class is tiny in comparison to the rest of the 9th district, nor reflective of the general population in the 9th.

When you encounter a bear in the woods you are told to inflate yourself, make yourself appear bigger and more intimidating than you actually are. This essentially was the strategy for the Flaccavento campaign, and the bear is not just Griffith, but what Griffith represents, which is big money, not just outside money, but within the 9th. The southwestern Virginia power bloc which backs Griffith are the cops, the bureaucrats, the judges, the capitalists, the landlords, the bankers, big pharma, energy corporations, the military and all the historical and structural features of white supremacy and patriarchy. Even our former 9th District democrat Rick Boucher played into this bloc rather than run up against it. The bloc of people behind the Flaccavento campaign are on the margins.

The Flaccavento message was to present a more humane version of life in southwestern Virginia than what we see today, appealing to people’s sense of community, but there is no infrastructure in place which that appeal to a working class community can be realized, despite the support from the decaying labor movement (we only have single digit unionization rates in each county in the 9th). How are Flaccavento and his campaigners concretely providing support for the regional working class in the face of daily struggles to pay their rent, hold down two poverty-waged jobs, while raising a family? How has the Flaccavento campaign created breathing room for working class people to get organized and struggle against landlords and bosses who take advantage of them? This campaign was based on words with no history to show the Flaccavento base has fought and built power for the regional working class, in fact much of the Flaccavento base are the very landlords and bosses workers have to struggle against.

We know Flaccavento has aided working class and poor people over the course of his life, but even one person’s lifetime of efforts amounts to little when there are hundreds of thousands of people in this region with the highest poverty rate out of any Virginia district. We know coal is dead, it’s not coming back and the jobs that have come to replace them are low wage poverty jobs offered by corporations with CEOs who make millions, if not billions, off our backs as workers in the service sector. It seems Flaccavento and his campaign wanted to perpetuate this idea of a very masculine ideal of working people in the coalfields or in the farmlands, but workers in southwestern Virginia are located at Walmart, the Dollar Store, McDonalds, and Hardees, among many other corporate chains that come in to continue their wealth extraction in our communities. Working class people in this area, despite having some history of labor struggle in the coalfields, largely have forgotten the principles of mutual aid and solidarity. Our neighbors in West Virginia have given folks a jump with their illegal and awesome teacher strike that spread across the country, but this still is not enough and West Virginia is not exactly the same as southwestern Virginia – despite both Ojeda and Flaccavento losing. We need a genuine labor revival that builds an independent base which isn’t co-opted by the Democratic Party.

We have always prioritized the working class. Fellow workers are who we serve and work beside as we help to provide mutual aid and solidarity, whether that’s on the job or in the neighborhoods. And our goal has always been to build an independent working class base that isn’t expected to kowtow the local middle class, as both republicans and democrats expect workers and the poor to do. We know, through direct action, that workers can build our power and win demands to improve our lives much quicker than any politician can. And we know that in order to improve working people’s lives this must be our top priority. Through organizing to strike, occupy, and boycott, the working class will become its own power bloc. If the Flaccavento campaign truly wishes to serve the working class and poor then they will prioritize this to build a new base to counter the dominant power bloc in southwestern Virginia.

2 thoughts on “The Failure of Flacc”